The personal stories reshaping Australia’s journey out of religion

The trend in people ‘deconverting’ from religion or ‘deconstructing’ their faith has in recent years triggered viral hashtags on social media and made headlines in the United States, as former religionists – including some famous ones – have shared their ‘coming out’ experiences with the world.

As can be seen in the Australian census results, with the percentage of people identifying as non-religious having jumped from 19% in 2006, 22% in 2011 and 30% in 2016, the same phenomenon has been happening at a rapid pace right here – although, with much less fanfare.

For Lorraine Benn, who was raised in a Protestant Christian family and “simply went along to church with the family”, what the church was teaching her became more and more unbelievable the older she got.

“When I was a teenager, I was worried about some of the things taught by the church – for instance, that we had to be ‘born again’. This worried me, as I didn’t feel that I had been born again,” says Lorraine, who, now in her 70s, identifies as a humanist.

“I was also worried at the idea that we were all sinners and needed salvation. There was always the fear that we might end up in hell. Eventually, I stopped believing in the concept of heaven and hell. It’s such a relief to simply believe that this life is our only life.” 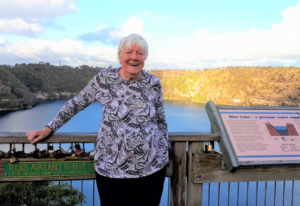 In his newly released instalment of the Religiosity in Australia series, Francis has analysed a wide range of academic research and data to paint the picture of Australians’ journey with religion from childhood to adulthood. The report was commissioned by the Rationalist Society of Australia – publisher of the Rationale magazine.

Of those who were ‘Notional’ and ‘Occasional’ religionists in childhood, 66% and 47% respectively  have left religion altogether. Even among those considered as the most devout in childhood – categorised as ‘Regulars’ and ‘Devouts’ – significant numbers have either left or changed their religion in adulthood.

The long-term trend in religious affiliation points to continued decline for religion for the simple reason that the increasing number of non-religious families are not raising children in a particular faith.

Francis writes that the ‘stickiness’ of having non-religious affiliation in childhood is much higher than that for a Christian affiliation. While 92% of people who are raised as non-religious remain that way in adulthood, those raised in Christian denominations are leaving the faith at significant rates – more than half (52%) of Anglicans and Uniting/Methodists (58%), and more than a third (37%) of Catholics.

As more people leave behind their religious childhoods, and as they become parents to the next generations, the amount of Australians ‘nones’ raising ‘nones’ who, in turn, raise more ‘nones’, can only increase.

The reasons for leaving

Michael Bones, a musician and activist, considers himself as being “one of the lucky ones” for having overcome much of the trauma that he experienced growing up as a Pentecostal Christian.

In recent times, he has taken to social media to share his stories of sexual repression and the harms of purity culture in the hope of encouraging other Australians in deconstructing their faith.

“As a young adult at Jesus Camp, me and my friends were sexually shamed in small groups before being whipped into a frenzy of guilt and self-loathing until we cried literal tears of repentance,” he says in one video on his TikTok account. 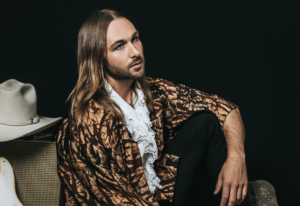 The journey of ‘coming out’ as being no longer religious was a challenging and often isolating process for Michael, having grown up in a devout religious family and in a devout faith community.

He is now helping other ex-evangelicals share their stories through the #ReligionShouldntHurt movement.

“Faith deconstruction is a process. I know from personal experience how scary it is to realise your worldview is changing. It took me 18 months to accept that I could no longer count myself as a ‘believer’,” he says.

“When I realised that literally hundreds of thousands of Aussies were changing their mind about religion, I felt so relieved to discover I was far from alone.”

The antiquated views of some churches towards sex and sexuality – and, in some cases, open hostility towards homosexuality – could only be driving away young people, who have much more open and understanding mindsets.

Francis explores a range of reasons driving deconversions but pays particular attention to two major events that have dominated much of the public discussion about religion in Australia since the 2011 census – the Royal Commission into Institutional Responses to Child Sexual Abuse and the same-sex marriage plebiscite.

Utilising Australian Election Study data from 2016 and 2019, and applying the ARI6 model, Francis shows how these instances of major “abuse” and “hypocrisy” pushed many religionists to reject their religion altogether or denominational affiliation, or reduce service attendance.

Francis tracks a significant net movement of people aged between 18-44 from identifying as ‘Occasional’ religionists to becoming ‘Rejectors’ of religion. The trend is also evident among young ‘Devouts’ aged 18 to 34.

While the data in Francis’ two Religiosity in Australia reports thus far offer a vision of a much less religious Australia in the years and decades ahead, they cannot begin to capture the challenging and emotional personal journeys of all those people walking away from the religions they were raised in.

As with Lorraine and Michael, these are often journeys of much anguish and personal turmoil, but then acceptance and relief. These personal journeys out of faith are happening in households right across the country. And, collectively, they are reshaping Australia’s journey with religion, too.

Photo by Zac Durant on Unsplash

Tags:
Census, Religion in Australia, Religious affiliation
Newer Report adds ‘reach, depth and nuance’ to our understanding of religiosity
Back to list
Older Between swinging arms and chins: The push for ‘religious freedom’

This foreword appears in the newly published Religiosity in Australia: Religion and politics. In May of 2022, as New South Wa...

END_OF_DOCUMENT_TOKEN_TO_BE_REPLACED

Reasons to be hopeful for more accurate Census data on religion

At the 2021 Census, we’d like to think that our Census21 – Not Religious? campaign was moderately influential, at the very least...

END_OF_DOCUMENT_TOKEN_TO_BE_REPLACED

A country retreating from faith

The 2021 census reveals a society in transformation. In terms of religion, the earth is shifting beneath our feet. Rocketing to 38.9...

END_OF_DOCUMENT_TOKEN_TO_BE_REPLACED

The religion question: Counting down to the census results

The results of the 2021 census are due to be released at the end of this month. One of the questions that has received the most attenti...

END_OF_DOCUMENT_TOKEN_TO_BE_REPLACED

Why religious conservatives are hitting the panic button

In the 1950s, Australians were constantly being told to be aware of the dangers of communist infiltration of our institutions. At the s...

END_OF_DOCUMENT_TOKEN_TO_BE_REPLACED

Report adds ‘reach, depth and nuance’ to our understanding of religiosity

This foreword appears in 'Religiosity in Australia: Religious minds, religious collectives'. The Rationalist Society of Austr...

END_OF_DOCUMENT_TOKEN_TO_BE_REPLACED

Between swinging arms and chins: The push for ‘religious freedom’

This is an excerpt from Neil Francis’ soon-to-be published Part 2 of the Religiosity in Australia research series, commissioned ...

END_OF_DOCUMENT_TOKEN_TO_BE_REPLACED

The truth by the numbers: Religion in Australian society

RSA Fellow Neil Francis is producing a multi-part study for the Rationalist Society: Religiosity in Australia. The first installment,